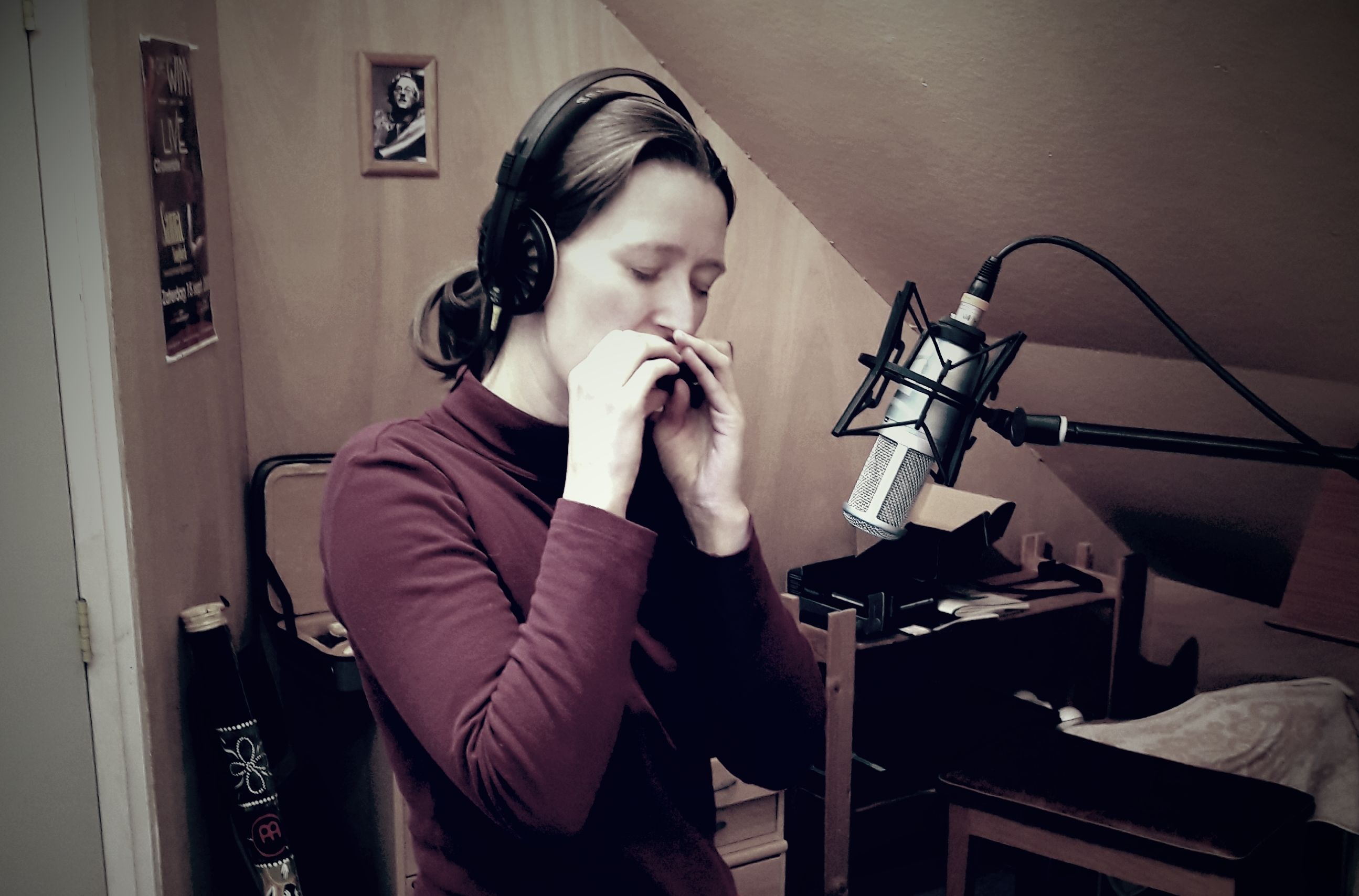 Eleven years ago, I went into the studio to record an album. I had written just about a handful of songs, was fresher-than-fresh as a songwriter and as green as the first patch of grass in spring – and I had no idea what I wanted, how I wanted it to sound, or who I was for that matter. (I’d tell you why on earth I was recording an album at that stage, but that is an entirely different story for another time). Added to that, I was very insecure about my guitar skills and my voice, so my main concern was to make no mistakes, and to sing on key. That worked fine – it was a decent recording. Still, my inexperienced but perfectionist ears could tell that something was missing. People would usually be very enthusiastic about my live performance, moved to tears even – but when I listened to the recordings I couldn’t quite understand why that would be. It didn’t sound bad and there was some potential in the songs themselves, but on the whole it didn’t have the depth it needed. The mix turned out neat, but tame. I tried to add some dimension using harmony vocals, but that only led to more artificial perfectionism (and so I took them out again). And I had no idea why, but I could just never feel as proud of the record as I would have liked to. It was okay, but it was not what it could have been. The irony is that in the end, my never-ending perfectionism had me cringing when I listened to my own songs – in fact, not listening to them at all, for years. And still, I had no clue why that was.

Now I am back in the studio. After a process that took me years of being confronted not only with my own perfectionism, but also with my fixed mindset, I am back to singing, playing and writing. I have ripened and so have my skills, that’s for sure. And these days, when I feel that I lack some skills, I go out and practice so I can attain them, instead of just going around saying that I feel I lack some skills. But I have also learned that I can be overly perfectionist only at the expense of authenticity, while it is precisely the authentic imperfection that touches us when it comes to music (or anything, really). That music is a reflection of the naked soul of the composer (and the performer), and that this not-perfect humanness is what resonates with the listener in the first place.

This is what makes it such a vulnerable thing to create anything – I mean, sharing your naked soul with the world is quite the endeavor (especially in a world not always kind to naked souls, or indeed aware that it is naked souls they are witnessing). And looking back, this is largely what got in my way at the time. I sacrificed an opportunity for excellence – to safety. I didn’t dare show myself to you – I only wanted to share what was perfect (and it wasn’t, precisely because of that). To be allowed to call myself an artist, or singer-songwriter, I had to earn the title, or so I believed. That this is who I am, no matter how off key I may sing, never occurred to me. That the songs I wrote were demanding exactly this vulnerable imperfection from me, was something I didn’t even dare to think.

Practice until the skin peels off my fingers, sing from my soul, trust the muse, and dare to be as imperfect as I am. Raw, honest, vulnerable. That is my starting point this time. I don’t want to get in the way of my songs, I want to give them the bedding they need to flow. Does the result matter? Absolutely. I still want it to be good. When you listen to my music, I want you to be touched, moved. But ‘good’ does not equal ‘flawless’ per se. It means real. So that you actually hear me when you hit the play-button, and not the result of an endless attempt to make something my inner critic will finally deem ‘good enough’. Good enough does not exist in a perfectionist’s universe. That being said, it might not surprise you that I’m still not very good at not wanting to be perfect – but I’m practicing, you know. I’m practicing.

Glasses – reflections of my inner teenage self

Why I don’t love ‘how are you’ (it’s complicated)